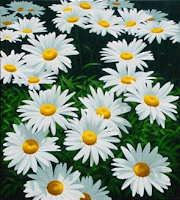 It was just six days ago that me and him went to Martha’s for some beers. Martha almost always let Bobby and me into her tavern 'cause we pushed her out of a snow bank once and havin' a few beers on her was "thank you". Things were changing, the winds were blowing and we were desperate to feel the direction. High school graduates, our horizons now were broader than just tomorrow - we heard a sound coming and it was scary; but tonite we just needed a coupla beers and some laughs. Good times – I was tired after two pints of beer. I went home. Bobby went lookin for Carm and Sandy. He found ‘em at the Skylark.
I remember seeing the bloodied sidewalk and I remember that Joey saved me from myself – and I remember what Darryl’s father told me about ‘juice’ savin my life. If that was true, how could I be hating him right now? He didn’t do Bobby! 'juices' word is why I’m on this farm – but I don’t know who I’m more afraid of; Tee or ‘juice’.
I shouldn’t be afraid of either of these guys – I know them and they know me – but they don’t know each other and now that they hate each other – who am I?
“Oh my love my darling I've hungered for your touch”

Marie is
safe
hoping the best for me.
Joey would help me.
I could always count on Dom

I never knew there was so much love

Keeping me warm night and day

Miles and miles of empty space
in between us
a telephone can’t take
the place of your smile
But you know I wont be hiding forever
It’s cold out, but hold out and do like I do”
Righteous Brothers

The ‘hood was un-certain to me for the first time in my life.
Joey didn’t see me.
Marie went away to some school called Northeastern in Boston.
I found out only when her dad picked me up to take me back to the ‘hood and treated it like a piece of news; like about Bobby or the fight between ‘juice’ and Tee or Joey’s pneumonia.
dis-belief
bewilderment
the confusion returned
heartbreak

“He told that you’re leavin´I can´t believe it´s true
Girl there´s just no livin´
If I’m away from you
Don´t take your love away from me
Breakin´ up is hard to do
Remember when ya held me tight
and ya kissed me all through the night
I think of all that we´ve been through
They say it’s hard to do
now I know, I know that it´s true”
breakin' up is hard to do
Neil Sedaka

I was headed to
Northeastern
to find Marie 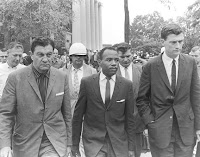